6G’s is what hubby and his friends called themselves during their high school days. Yes, they are together that long. Why 6G’s? Well, obviously because they were six then and G stands for whatever you can think of (gwapo, gago, ginoo, etc.) So if you are one of those who have grudges on them, just think of the worst G word. lol!

Seriously, 6G’s are six no more (wondering what happened to Philip) but still they are calling themselves 6G’s. They are together since high school until each one of them got married and raised their own families. They are Godfather of each others’ children and their wives are also now good friends. In other words, they have been through a lot of things and happenings.

6G’s and their families are having reunions twice a year, one every summer which is swimming and the other one during Christmas season, videoke and gift giving. Just last Sunday, we had our summer reunion at Loreland Farm in Antipolo. Though the place is not that dazzling for me, we enjoyed because each family brought great foods and our kids had fun.

Introducing the 6G’s with their families: 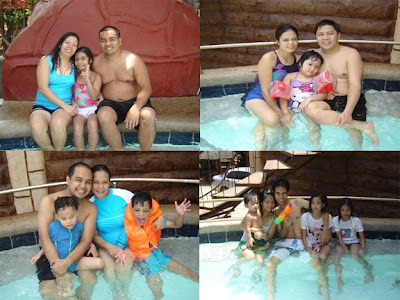 (from top left to bottom right) 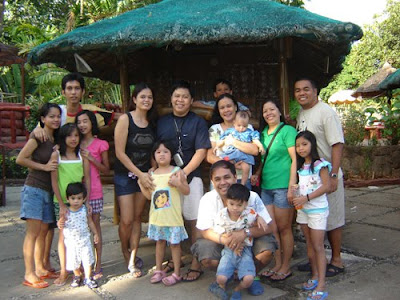 6G’s started at six and now we are more than triple including the Arniegos who are not in the picture. They didn’t make it but promised to join us next time.

“There is magic in the memory of schoolboy friendships; it softens the
heart, and even affects the nervous system of those who have no heart.”